Sign In Register
HOME > Werewolf > Denied by the Alpha 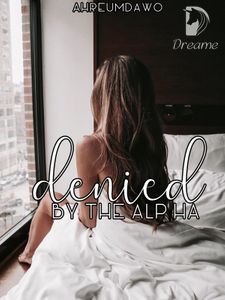 [ON GOING] "Make sure that if you wanted to kill yourself, I am not present in the damn environment to stop you." His voice was cold, and it had burned my skin. The very words that came from his mouth made me question why I am even alive. Mint had lived her life is nothing but abuse and people degrading her life. For years and end, she had only chosen to live and survive the cruel world with the thought that she will soon be saved by her mate who will break every wall and give her an escape from everything that is hurting her now. Only the truth would come knocking her down her knees when she found herself mated to the very Alpha who was known to torture and kill both rogues and omega with a passion—the infamous persecutor, Alpha Leighton. With her tears drenched face, Mint could only pray to the Moon Goddess to send someone who will love her enough not to seek death as her only escape.