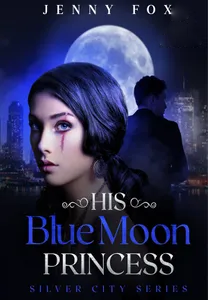 Nora just wants to survive. Her brother betrayed her in the worst way possible, her pack despises her. She's on her own and helpless. But how come her last, and only chance at life turns out to be... an even more dangerous mate? The Black brothers are cruel, merciless and their Blood Moon Clan is the most powerful of all werewolves packs in Silver City. Meeting Damian Black on that one rainy night might change her whole life... Sequel: Sunshine Baby